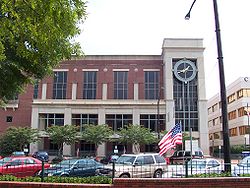 This week a Cobb County jury awarded, 77 year old, Ramona Roper a $1.1 Million dollar verdict for the shattered pelvis injury she suffered from a dangerous and defective vehicle. Ramona worked full time as the City Clerk for the City of Jasper for 30 years. She lived on her own and had a very active lifestyle before the incident.

The case involved a 1994 Dodge Intrepid. It had a defective gear shift assembly which caused it to move out of park when the keys were out of the ignition. Chrysler recalled the Intrepid in 2004. Ramona took the car into Jasper Jeep to have the recall work done on three separate occasions between 2004 and 2007. The first two times the recall part was not in. The third time, the Jasper Jeep technician did not perform the recall work properly.

Shortly after the negligent repairs, Ramona was dropping off some food for her grandchildren when the incident occurred. Her three year old granddaughter reached into the center console of the car to pick up a drink and put her hand on the gear shifter causing it to shift out of park. Ramona’s driver side door knocked her over and the car ran her over. Had the repairs been performed correctly this incident would have been prevented. She suffered numerous fractures to her pelvis, was hospitalized for a week and was in a nursing home for approximately 6 weeks for recovery.

As a personal injury lawyer, I really enjoyed watching this trial. The defenses were expected and disappointing, blame everyone else. Jasper Jeep admitted they did the repairs wrong but argued Chrysler Corporation and Ramona were responsible for her horrible injuries. The Defense put forth about a dozen red herrings hoping the jury would latch onto one of them and award a defense verdict. However, the jury saw through Jasper’s arguments and found that Jasper not Chrysler was responsible for the harm.

Ramona’s attorney, Lance Cooper, did a masterful job of explaining to the jury how Ramona’s life was forever changed by this incident. Through his efforts, the jury was able to understand how devastating it was for Ramona to go from being an active woman doing an important job for the City of Jasper to an injured woman hoping today will be the day someone comes to visit.