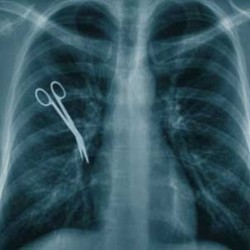 Insurance companies are spending millions of dollars each year lobbying State and Federal government to limit medical malpractice victim’s access to the courthouse with various tort reform measures. Insurance companies justify their endless attack on the right to trial by jury with the argument that the majority of medical malpractice claims are frivolous. However, the recent studies published by the non-partisan National Institute of Medicine indicate 44,000 to 98,000 patients die each year as a result of preventable medical errors and as many as 1,000,000 are seriously injured.

Nearly every day as a Marietta Medical Malpractice Lawyer, I hear another heartbreaking story of death or serious injury due to preventable medical errors. A recent report of the AAJ highlights several true stories of medical error victims including that of Blake Fought. Blake was only 19 years old when he was set to be discharged from the hospital following an illness that required a central line IV. His nurse had never been trained to remove the IV and did not follow proper procedures, causing air bubbles to invade his heart and brain. As a result of this preventable error, Blake died in front of the nurses and his parents.

Preventable medical errors are the sixth leading cause of death in America. Yet, some seek to limit our protection from medical errors with so called tort reform. The 2005 tort reform measures passed in Georgia were written by insurance companies to include arbitrary caps on damages. These damages caps prevent the victims of medical negligence from obtaining justice and provide no accountability for the medical profession.

As John Adams once said, “Representative government and trial by jury are the heart and lungs of liberty. Without them we have no other fortification against being ridden like horses, fleeced like sheep, worked like cattle, and fed and clothed like swine and hounds.” Educating the public on the dangers of preventable medical errors is the best way to ensure the blanket of protection provided the American Civil Justice System is not yanked away by giant influential insurance companies.