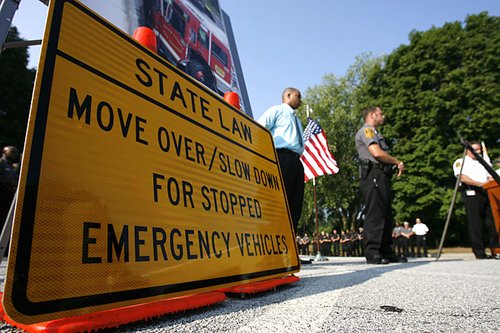 On Wednesday, October 13, 2010, Coweta County Deputy Jeff Bugg experienced an extremely close call when he was nearly run over during a routine traffic stop. Deputy Bugg pulled over a vehicle headed northbound on I 85 and was standing next to the vehicle when a tractor trailer crashed into both cars and kept going. Deputy Bugg was thrown to the ground by the impact, but miraculously escaped serious injury.

The hit and run tractor trailer was later found, parked behind a truck stop, and was charged with DUI drugs, possession of prescription drugs not in original container, leaving the scene of an accident involving injury or death, failure to maintain lane, and failure to pull over when approaching an emergency vehicle. That may seem like a lot, and it is, but this driver is lucky he didn’t end up with a vehicular homicide charge. Thankfully Deputy Bugg was not seriously hurt and perhaps this near tragic incident will raise awareness of Georgia’s move over law.

As a Georgia injury lawyer, I’m often surprised by the number of people that have never heard of Georgia’s move over law, O.C.G.A. 40-6-16. Georgia law requires that you move over one lane if possible when approaching stopped emergency vehicles. If you cannot move over you must slow down below the posted speed limit and be prepared to stop. Please protect our officers and move over.