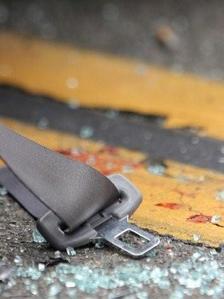 The Marietta Injury Lawyers urge everyone to drive the speed limit, use your seatbelt, and watch out for other drivers this Thanksgiving season. The Governor’s Office of Highway Safety reports the sobering statistic that during a 102 hour period last year’s Thanksgiving weekend, 102 people died and 1,457 were injured on Georgia roads.

With serious car collisions likely this year, beginning November 16th through November 29th the GOHS launches its annual Click It or Ticket campaign in conjunction with the Rural Roads seatbelt crackdown. In 2008, 89.6% of motorist wore their seatbelts in Georgia. However, nationwide, over half the traffic crash victims killed in Thanksgiving collisions were not belted. Seatbelts literally save lives and hopefully Georgia’s seatbelt use statistics will be improved for 2009. Please stay safe this Thanksgiving and belt up.