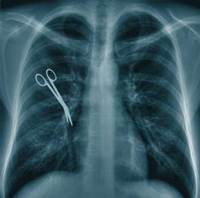 Since 1863, Georgia law has required that those practicing medicine for compensation must bring to the exercise of their profession a reasonable degree of care and skill, and Georgia law has provided that any injury resulting from a want of such care and skill shall be a tort for which recovery may be had. In 2005, all that changed, and ER physicians in our State were no longer required to practice with care and skill. This new law, codified at OCGA § 51-1-29.5 (c), was part of the tort reform package proposed by the insurance industry and passed by the Georgia Legislature in 2005. Those injured or killed by ER malpractice can no longer recover unless they can prove a much higher burden of gross negligence. This week in a 4-3 decision, Gliemmo et al. v. Cousineau et al., the Supreme Court of Georgia upheld the ER gross negligence statute as constitutional.

The case began in 2007, when Carol Gliemmo presented to St. Francis Hospital with serious pain behind her eyes, a sudden snapping in her head, and elevated blood pressure. Mark Cousineau, MD of Emergency Medical Specialists of Columbus, P.C. wrote her a prescription for Valium and sent her home. Two days later her primary care physician ordered a CT scan, which revealed a brain hemorrhage. As a result of the brain hemorrhage going untreated Carol Gliemmo was paralyzed.

So, even though expert physicians can agree that Dr. Cousineau breached the standard of care required of emergency physicians and caused this woman’s paralysis she cannot recover under Georgia law. It’s still difficult to believe this is the state of the law in Georgia. I’m certain Georgia medical malpractice lawyers will continue to fight for injured victims, but times are grim in Georgia. Of course Atticus Finch would say courage is knowing you’re licked before you begin but you begin anyway and you see it through no matter what. You rarely win, but sometimes you do.