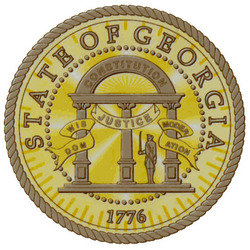 In 2005, under extreme pressure from the insurance industry, the Georgia Legislature passed sweeping tort reform measures (known as SB3) drastically changing Georgia law. At the heart of SB3 is OCGA § 51-13-1, which limits noneconomic damages in medical malpractice actions. Under this law no matter what value a jury places on a human life, the loss of a limb, the ability to see, or other catastrophic injury the award must be reduced to an arbitrary limit imposed by the Legislature. Today, the Supreme Court of Georgia in an unanimous 7-0 decision, Atlanta Oculoplastic Surgery, P.C. v. Nestlehutt et al., held noneconomic caps on damages unconstitutional.

The Supreme Court ruled “OCGA § 51-13-1 clearly nullifies the jury’s finding of fact regarding damages and thereby undermines the jury’s basic function…Flat caps on noneconomic compensatory damages…violate this State’s constitutional guarantee that ‘the right to trial by jury shall remain inviolate.'”
As one who believes in protection of our sacred constitutional rights and also a strong believer in victims’ rights, I could not be more pleased with the Supreme Court’s decision. Today is a great day for Georgia and for Betty Nestlehutt. Click here to watch Betty Nestlehutt’s story.

Mrs. Nestlehutt’s lawyer, Adam Malone, commented on the Court’s decision. “The bedrock of our democracy depends upon our ability to self govern at the ballot box and in the jury box,” Malone said. “Any attempt by the government to invade either is an assault on what separates America from the rest of the world.”

In the arena of medical malpractice, the law in Georgia has always favored hospitals and doctors. While the number of deaths and serious injuries from medical errors are at an all time high recovery for injured patients (settlements and verdicts) are the lowest they have been in nearly 20 years. Georgia medical malpractice lawyers continue to face an uphill battle helping malpractice victims recover. So even though times are still tough for malpractice victims, at least the constitutional promise of a trial by jury remains.