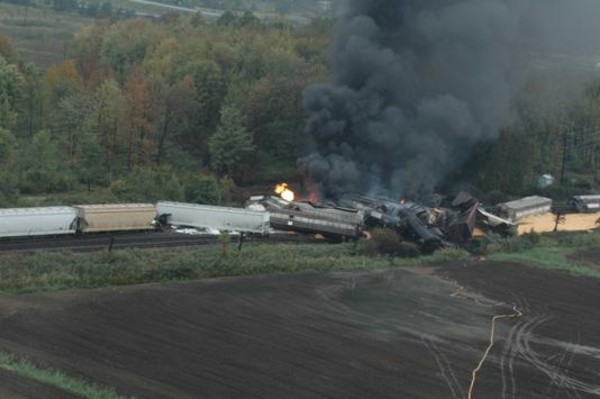 In an interesting decision out of the 6th Circuit, a three-judge panel of the U.S. Circuit Court of Appeals upheld a judgment for CSX Transportation Inc. last week in a case brought by a group of citizens seeking medical monitoring for the small Ohio town of Painesville, after a train derailment in 2007. When the train derailed it was carrying substances that included glycerin, alcohol, ethanol, and butane. All of theses substances are known to be dangerous when inhaled in large quantities, and butane is an extremely volatile substance, and inhaling it can cause, narcosis, asphyxia, and cardiac arrhythmia. After the accident more than 500 families were evacuated in the half-mile area surrounding the site. In addition, some of the 3000 gallons of Ethanol that was spilled leaked into a nearby creek. CSX admitted in court filings that improper track maintenance, including using the wrong size rail as part of a repair, caused the crash.

The residents who brought the suit against CSX were attempting to persuade the court to force CSX to pay for the expense of medically monitoring the area for an extended period of time to assess any risk the spill might be causing to the residents near the site of the derailment. The appeals court said the plaintiffs failed to produce evidence creating a genuine issue. Instead, the court says, that they relied on a conclusory statement by a doctor that, “a reasonable physician would prescribe for the Plaintiff and the putative class a monitoring regime.”

Daniel Bechenel Jr., a lead lawyer in the case, called the derailment an example of railroads putting people in danger and imminent risk by cutting safety precautions and repair standards. Though this may be true, the Appeals Court felt that the overall risk was too small to force CSX to pay for the medical monitoring.

Interestingly, The National Association of Manufacturers and eight other well-known Tort Reform groups, including the American Tort Reform Association, the U.S. Chamber of Commerce and the American Insurance Association, had filed amicus briefs arguing that the risk was too speculative to justify imposing expensive medical monitoring on CSX. Looking at this case from the perspective of a Georgia Plaintiff’s Attorney, it seems this may be another victory for big business.