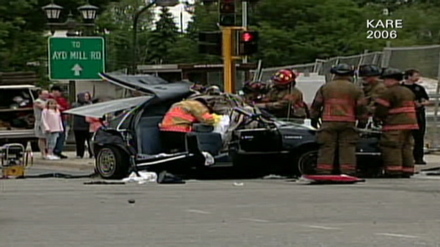 Today, the words unintended acceleration and Toyota go together like peanut butter and jelly, but in 2007 unintended acceleration was a foreign concept to most people. 2007 was the year Koua Fong Lee was sentenced to eight years in prison after his Toyota Camry accelerated without warning and crashed into two cars killing three people. Mr. Lee was on his way home from church with his pregnant wife, father, daughter, brother and niece when the acceleration incident occurred. Mr. Lee always maintained his Toyota accelerated without warning and would not stop even though he was pushing the brake. Toyota denied there was a problem, no one believed Mr. Lee, and he was convicted of vehicular homicide.

Two and half years in prison and 8 million recalled Toyota’s later, Mr. Lee is a free man. Last week a Minnesota judge ordered a new trial and the prosecutor dropped the charges. The civil case against Toyota for causing multiple deaths in that fatal crash remains pending.

Consumers have been reporting Toyota unintended acceleration incidents for over a decade. Since 1999, there have been thousands of reported acceleration incidents involving Toyota vehicles, with over 300 reported injuries, and over 20 deaths. As in Mr. Lee’s case, Toyota’s go to explanation for these incidents has always been driver error. In a recent lawsuit, product liability lawyers have discovered internal Toyota documents that reveal Toyota technicians warned the company in 2003 about unintended acceleration calling it an “extremely dangerous problem.” Toyota knew about the product defects for years and did not begin recalling vehicles until late 2009.

From 1999 to 2009, Toyota denied there was any problem. In 2009, Toyota blamed defective floor mats as the cause. Drivers removed the floor mats and the incidents continued, so in 2010 Toyota blamed defective pedals. Numerous nationally recognized experts have given the opinion that the problem lies with the electronic throttle control systems. To date, Toyota still denies any electrical problem with it’s vehicles, claiming the floor mat and pedal recalls have fixed the problem.