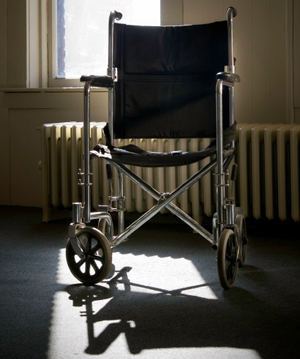 It has become a regular practice in Georgia for nursing homes, assisted living, rehabilitation centers, and long-term care facilities to include forced arbitration contracts in the required admission documents. These mandatory arbitration contracts are forcing Georgia’s elderly citizens to waive their constitutional right to a trial if they become victims of medical malpractice or abuse at the hands of the nursing home. First, these arbitration contracts are typically hidden in a stack of admission documents. Additionally, it is impossible for patients and families to contemplate the magnitude of what they are signing at such a stressful time. Nursing home admissions are often made under emergency situations or when a potential resident or family is faced with inadequate resources to care for a loved one; and when they sign this document they are forever waiving the right to seek civil justice in a court of law with no regard to the severity of the neglect, abuse, or malpractice.

In the nursing home medical malpractice cases we have handled involving forced arbitration agreements, clients tell us they had no idea they had signed such an agreement and certainly did not realized they were waiving the right to pursue a claim for neglect, abuse, or malpractice. The types of cases most affected by this wide spread nursing home practice are typically catastrophic – such as amputations caused by undiagnosed and untreated medical conditions, painful pressure sores that untreated lead to infection, amputation, and death, serious injury and death from malnutrition or dehydration, and physical and sexual abuse. Although Georgia law (See O.C.G.A. § 9-9-62) is supposed to render these offensive arbitration contracts unenforceable, nursing homes have gotten around the law arguing the doctrine of Federal Preemption. Although, thus far, our medical malpractice lawyers have been successful in defeating the mandatory arbitration contracts we have encountered in our cases, these agreements are being enforced by Georgia Courts in some circumstances.

In addition to being unfair to the injured patients and devastated families, mandatory arbitration protects nursing homes from accountability for patient neglect, abuse, and poor care. The arbitration system is set up to favor the nursing home businesses that regularly do business with them. Recognizing the injustice, one major arbitration association in the United States has issued a policy statement refusing to arbitrate “health care disputes.” The American Arbitration Association has stated that it will no longer handle health care disputes unless both parties consent to arbitration after the dispute has arisen. Los Angeles Times, March 11, 2002, p. B1. This decision implements a position that the AAA initially took in 1998, as part of a joint task force with the American Bar Association and the American Medical Association.

In January of this year the Fairness in Nursing Home Arbitration Act (S. Bill 2838) was introduced in the U.S. Senate. The bill sponsored by Mel Martinez (R-FL), and co-sponsored by Richard Durbin (D-IL), Patrick Leahy (D-VT), Russell Feingold (D-WI), and Herbert Kohl (D-WI) would protect our elderly citizens from these unconscionable forced arbitration clauses. Unfortunately, this bill was not passed and will have to be reintroduced in the next session before it can become a law. We urge you to contact your Senators and Congressmen and ask them to support the Fairness in Nursing Home Arbitration Act.