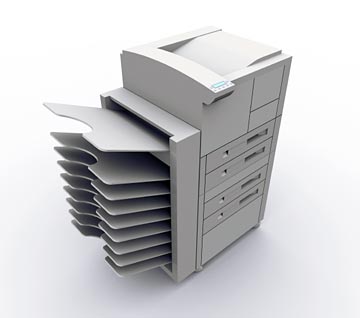 As a Georgia Civil Lawyer I’ve taken hundreds of depositions, but it has been a long time since I’ve read a transcript as entertaining as what I recently read in the Cleveland Plain-Dealer. The deposition was taken in a case filed by title companies against Cuyahoga County in Northern Ohio. At issue in the case is whether deeds and other documents at the county recorder’s office should be made readily available at a reasonable cost.

Below is an excerpt from the deposition transcript of the head of information technology for a county office. The plaintiff’s lawyer wanted to know whether the county recorder’s office had a photocopier. According to the Plain-Dealer it took nearly 10 pages of court transcript to figure that out. I imagine the Plaintiff’s lawyer needed several aspirin after this line of questioning was completed.

Witness: When you say “photocopying machine,” what do you mean?

PL: Let me be — let me make sure I understand your question. You don’t have an understanding of what a photocopying machine is?

Witness: No. I want to make sure that I answer your question correctly.

DL: Dave, I’ll object to the tone of the question. You make it sound like it’s unbelievable to you that he wouldn’t know what the definition of a photocopy machine is.

PL: I didn’t ask him to define it. I asked him if he had any.

Witness: When you say “photocopying machine,” what do you mean?

Witness: I just want to make sure I answer your question correctly.

PL: Well, we’ll find out. If you can say yes or no, I can do follow-ups, but it seems — if you really don’t know in an office setting what a photocopying machine is, I’d like the Ohio Supreme Court to hear you say so.

Witness: I just want to make sure I answer your question correctly.

PL: You’re speaking instead of — you’re not under oath. This guy is.

DL: I understand that, but I understand what his objection is. You want him to answer the question, but I don’t think it’s fair.

PL: I don’t care what kind of technology it uses. Has your offices — we don’t have technocrats on the Ohio Supreme Court. We’ve got people like me, general guys —
DL: Objection.

PL: — or gals. I’m not really very interested in what the technology element of it is. I want to know —
DL: That’s what’s at issue in the case, Dave.

Witness: I would like to answer your question to the best of my ability.

PL: I’m asking you to answer that.

Witness: I’m sorry. I didn’t know what that meant. I understand that there are photocopying machines, and there are different types of them just like —
PL: Are there any in the Recorder’s office?

Witness: — there are different cars. Some of them run under gas power, some of them under electric power, and I’m asking if you could help me out by explaining what you mean by “photocopying machines” —
PL: That’s a great point.

Witness: — instead of trying to make me feel stupid.

PL: If you feel stupid, it’s not because I’m making you feel that way.

Witness: I have self-confidence and I have no problem.

Witness: I think — I don’t have any problem answering the question.

PL: I think you’re playing games with me.

PL: How about this: Have you ever heard the term “photocopier” or “photocopy” used in the Recorder’s office by anybody?

Witness: Photocopy? I’m sure in the time I’ve been there someone has used the term.

PL: And have you ever heard them use it in referencing a particular device or machine within the Recorder’s office? By way of example, “can you photocopy that for me?” That’s an example of office parlance.

PL: What was the context that you’ve heard the term “photocopy” used in the Recorder’s office?

Witness: I’m sure it’s been used. I didn’t say I remembered a specific instance.

PL: All right. But you have a general understanding that people have used the term “photocopy” within the Recorder’s office in terms of something that could be done there; is that true?

PL: And is it fair to say that it’s been used in terms of being able to copy one piece of paper onto another piece of paper using a machine? No? Not sure of that?

Witness: I’m sure it’s been used. I don’t recall a specific instance in which it was.

PL: Do you have a secretary?

PL: Does anybody there have a secretary?

PL: Have you ever heard a secretary use the term “photocopy”?

PL: Have you ever–do you have machines there where I can put in a paper document, push a button or two, and out will come copies of that paper document also on paper? Do you have such a machine?

PL: What do you call that machine?

PL: Xerox. Is the machine made by the Xerox Company? Is that why it’s called Xerox?

Witness: All of my life I’ve just known people to say Xerox. It’s not commonplace to use the terminology that you’re using.

Witness: If you’re referring to a type of machine where you place a piece of paper on the top and press a button and out comes copies of it, they usually refer to it as a Xerox.

PL: Have you ever heard it referred to as photocopying?

Witness: Not with my generation, no.

—
So the lawyer eventually discovered the recorder’s office has a machine that copies documents, presumably an important point in his case. Even more valuable, plaintiff’s counsel was given an amazing opportunity to make the defendant look really bad and provide the internet with amusement.