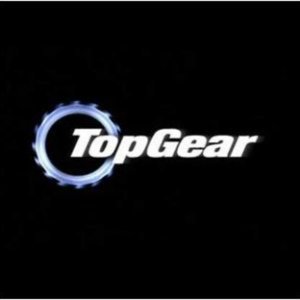 As a fan of the BBC series Top Gear and a civil litigation lawyer, it was with peaked interest I read the recent decision of Tesla Motors v. British Broadcasting Corporation, England and Wales Court of Appeals (Civil Division). The story of this case began with a 2008 Top Gear episode with a road test of the Telsa Roadster, conducted and narrated by the show’s host Jeremy Clarkson. During the episode, Jeremy put the vehicle through it’s paces and was rather critical of it’s performance. Tesla Motors was not pleased and sued BBC for libel alleging Top Gear made false statements about the Roadster, specifically comments by Jeremy that the vehicle only made it 55 miles on the track instead of Tesla’s promoted range of 200 miles.

As an American personal injury lawyer, I admittedly know very little about the merits of pursuing a libel suit in the United Kingdom’s court system. However, it makes no sense for a car manufacturer to blame it’s lackluster sales on a Top Gear episode. Anyone that watches the show knows its primary goal is to entertain car enthusiasts. Top Gear doesn’t claim to be some sort of British Consumer Reports conducting objective scientific tests on the best cars to buy. A typical test is conducted on a track at breakneck speed or some sort of crazy race against a jet, train or dog sled. Rarely will the average motorist ever find himself driving a vehicle under the insane conditions a car finds itself on Top Gear, which is exactly what Lord Justice Martin Moore-Bick wrote in the published opinion.

Here is an excerpt of the analysis: “Only if he [the viewer] thought that there was a meaningful comparison between testing on the Top Gear track and ordinary driving on public roads could the reasonable viewer think that it was being suggested that there were grounds for thinking that Tesla had set out to mislead. However, because of the obviously extreme nature of the driving on the track, which bore little or no relation to driving on public roads, I do not think that he could do so. For that reason the case pleaded in the proposed amendment was bound to fail.”

I was pleased to read that the BBC won this court battle. Even if Top Gear defamed the Tesla Roadster I don’t understand how they would have proved their damages. I’m a big fan of Top Gear, but Jeremy, James and Richard’s opinions have little to no influence over the cars I purchase. Well, unless they start showing my favorite manufacturer Audi more love.