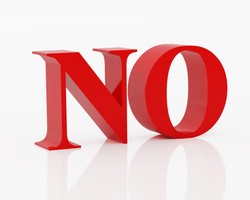 The State of Georgia’s Constitution has for over a century contained a provision prohibiting the legislature from passing any law that would permit a contract that defeats or lessens competition. Ga. Const. Art. III, Sec. VI, Par. V(c). Based on the protection of our Constitution, Georgia law prohibits enforcement of “covenants not to compete” unless they have reasonable limits on time, territory, and scope of restricted activity. However, reasonable covenants are currently enforced. Some large established business interest are against this competition and are working to circumvent the protections of the Constitution with Amendment One. For some companies, avoiding competition sounds easier than providing good service. The Amendment is getting some media attention, AJC – Amendment One: Making Georgia Less Competitive, but many voters are still unaware.

You might be wondering who would vote for an amendment that will strip us of our Constitution’s protection to work and practice our trade? Why should we worry, this will never pass. The business interests behind Amendment One know the only chance they have to get people to vote for it is if they deceive voters with the language on the ballot. Here is the actual language: “Shall the Constitution of Georgia be amended so as to make Georgia more economically competitive by authorizing legislation to uphold reasonable competitive agreements?” The truth is, if voters vote yes, their existing rights to compete reasonably will be lost. Or to put it another way, 11 Alive – Amendment One: It’s a Damned Lie.